My Tweets
Join 178 other followers 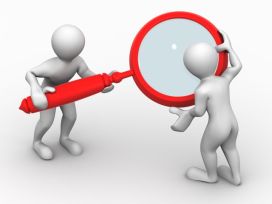 A farmer named James Cook once owned a chicken that laid a perfectly square egg.  I think I would have to see that to believe that.

Joann Barnes, at just the age of 15, swung 68 hula hoops at the same time.  I think I would have to see that to believe that.

There are many things in this world that are very hard to believe but both of these are true according to the book Ripley’s Believe it or Not.  There are also a lot of people that do not believe in Christ or that He arose from the grave after His crucifixion.  One of the first to have a hard time believing in that was Thomas, one of His very own disciples.  When Jesus appeared to His disciples the first time Thomas wasn’t with them (John 20:24,25). So when the rest of the disciples told Him of Christ’s resurrection He just couldn’t believe it.  Just like so many in this world today, Thomas couldn’t believe, he wanted evidence.

So how can we respond to such disbelief?  Let’s look at what Jesus Himself did when he came to His disciples a week later.

26 A week later his disciples were in the house again, and Thomas was with them. Though the doors were locked, Jesus came and stood among them and said, “Peace be with you!” 27 Then he said to Thomas, “Put your finger here; see my hands. Reach out your hand and put it into my side. Stop doubting and believe.”28 Thomas said to him, “My Lord and my God!”

Look How Christ approached Thomas.  He didn’t condemn him, cast him off or consider him lost.  He first comforted them all by offering them His peace.  Then he turns to Thomas and offers him the evidence he is looking for and challenges him to believe.

So how do we do this today?  What evidence can we provide?  Well first let’s remember to approach the conversation with a peace, not argumentatively but rather rely on the very peace that Christ still offers today.  Then we must recall that the evidence that people are looking for is within each of us that love Him and have accepted Him as our savior.  He lives in us, we are the evidence.  All we must do is share.  Share what Christ has done for us.  How He has saved us, how He has changed us.  Share what He has done for us throughout our relationship with Him and let’s not forget to share what He is doing in us today.

Just like in that second encounter with the disciples, the evidence is still right in front of them.  Let’s approach disbelief with comfort and peace and share the evidence of Christ and His resurrection that resides within each of us and others to believe.    (tRP)